Who wins the blame game?

The truly excellent HBO miniseries Chernobyl charts, in often horrific and dramatic detail, the events and aftermath of April 1986, when one of the eponymous nuclear power plant’s reactors exploded. At the heart of the show are questions of trust, responsibility and, front and centre, blame. In the final analysis, who is to blame for the disaster at Chernobyl? The state. The Soviet Union itself is literally on trial in the last episode. As it was in real life, the evidence presented on screen was as overwhelming as it was damning.

It was not just the explosion itself for which the Soviet Union was guilty, but also the botched response and the attempted cover-up. The theory goes that the ensuing crisis was instrumental in helping to accelerate the momentum that, just three years later, led to the fall of the Berlin Wall, the breakup of both the Soviet Union and the Warsaw Pact and the collapse of communism across Eastern Europe.

In a way, the COVID-19 outbreak represents a Chernobyl for every country on the planet. Though this disaster is not manmade in the same way as nuclear fallout, the approaches that individual governments, leaders and the political class take to deal with the situation will be judged very closely by the general public. Who individual populations come to blame for the loss of jobs, the loss of income and the loss of life will be a key question – as much for established democracies as for totalitarian dictatorships.

So far at least, however, Boris Johnson and the newly-majority Conservative government seem to be doing well in the UK. 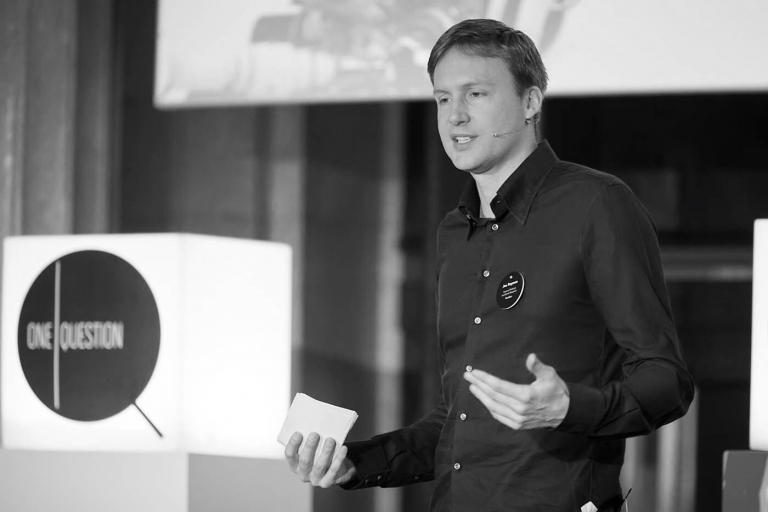 At the beginning of the outbreak results from Deltapoll showed fewer than half thought the government were doing the right thing. By the end of March, that figure was three quarters, including more than two-thirds of those who voted Labour and Liberal Democrat in 2019. As we approach the end of April it has fallen back to two thirds, but this is still a very high number for a question of this type. Johnson’s personal ratings also soured. In classic ‘rally around the flag’ fashion, he went from 52% saying he was doing generally well at the start of the outbreak to 70% by the end of March and now 67% at the end of April. This includes 50% of people who voted Labour in 2019 who thought he was doing well.

Nearly nine out of ten people continue to support the new rules the government introduced, and there has been plurality support for a range of additional rules, including curfews and food rationing. So far so good? Similarly, high ratings in the polls have been enjoyed by many other leaders in many other countries as the outbreak has carried on. But polls are only ever a snapshot of public opinion at the given time and one thing is certain: the high poll numbers that so many political leaders currently enjoy simply cannot be taken for granted, even in the medium term.

There are already indications in the data of potential difficulty that might be ahead. Two-thirds believe that the rules were introduced too late and the number of people who worry about lifting the rules too quickly is more than three times the number who worry about lifting them too slowly. At the same time, three out of ten say their household will be in extreme financial difficulties within a month if the current situation continues. All of which could signal trouble further down the line. Along with rumblings of discontent about the speed at which the government moved to introduce measures such as social distancing, questions are now starting to be asked about other specific decisions that have been made.

The New York Times has reported on one such instance where the British government spent over £15 million on two million antibody tests. The tests would be used to find out who in the general population had the antibodies to indicate they had previously contracted COVID-19 and, therefore would be immune to the disease, so the theory goes. That would then facilitate a partial relaxation of the lockdown for those with immunity. The money had to be paid upfront to two Chinese companies with a further one and a half million tests were then ordered at the same price.

On 19th March the Prime Minister described these tests as having ‘the potential to be a total game-changer’. It was suggested that within as little as two weeks people across the country would be able to get tested at pharmacies in a process ‘as simple as a pregnancy test’. A laudable plan with just two problems: Firstly, the tests did not work and, secondly, there is no actual evidence to prove that you definitely cannot catch COVID19 more than once. In the grand scheme of things having a dozen or so millions of pounds, to use the Prime Minister’s own parlance, ‘spaffed up the wall’ on useless tests is a drop in the ocean. It does, however, represent the kind of story which can attract public dissatisfaction, both now and in the future, and lead to a narrative of incompetence emerging. Then, as isolation and social distancing bites yet harder and the situation fails to improve, it could well be the government that begins to feel the weight of blame on their shoulders.

Speaking of incompetence, Donald Trump has already battled this narrative in the United States when it comes to his handling of COVID19. At the end of January Trump said that he thought any outbreak was ‘going to have a very good ending’ and then at the end of February followed that up with ‘the risk to the American people remains very low’ and ‘it’s like a miracle, it will disappear’.

His approval ratings did rise during these earlier stages of the outbreak, but as the count of people dying continued to grow, those numbers have since fallen back. Trump’s misplaced optimism has been replaced by long, often rambling press conferences that touch on the difficulty ahead, but so far this has done little to stop an increasing proportion of Americans holding him responsible. Trump, lest we forget, faces an election in November – the date of which is essentially impossible to change thanks to the constitutional rules. With both eyes on the voting booth, Trump has blamed the problematic situation in the US on, among others, the Chinese, the World Health Organisation, the governors of individual states and, inevitably, the previous administration. He has also very publicly placed his Vice President, Mike Pence is supposed overall charge, to act as an ultimate fall guy, it has been suggested, should a body need to be pushed onto a sword at a later date.

In further attempts to deflect blame, Trump has also repeatedly tried to take credit where credit it is demonstrably not due. Most recently this has included claiming that he has granted individual states permission to make decisions about when to relax their own social distancing rules – a right the states constitutionally held already.

Britain and the US are clearly different, of course. It has been said that Donald Trump is an idiot, but trying to convince people he is intelligent, whereas Boris Johnson is intelligent, but trying to convince people he is an idiot. In addition, the highly polarised nature of American politics means it is not possible to make a direct comparison, but nonetheless Trump’s actions shine a light on one version of a possible future for this country should public support fall away. What will actually happen to public opinion in Britain in the coming weeks and months? How will the British people respond to ongoing discussions about the amount of testing, the type of testing and protective equipment for health workers, to name just a few?

Who will win the blame game? Nobody knows. But eventually, blame will be apportioned, and when it is, the consequences could be enormous. How the government responds remains to be seen.

Readers can view the Deltapoll survey results in full here.