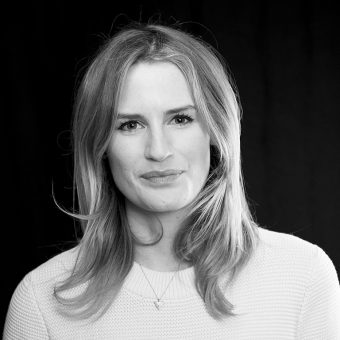 Paula’s experience spans the world, from Melbourne to New York, Sydney, Shanghai, Tokyo, London and Portland working across a range of categories and clients. Recently, she was Head of Strategy for Nike globally at Wieden + Kennedy, having previously led strategy across Nike Greater China, Japan and EMEA.

Her global experience has been crucial in developing strategies that appreciate cultural nuance and resonate with local markets. This was particularly beneficial when heading strategy for Nike Greater China at W+K Shanghai and again at the W+K London office on Nike EMEA, where she led the strategy for the highly awarded Nike ‘Nothing Beats a Londoner’ campaign.

After this success, she moved to Wieden + Kennedy’s head office in Portland to run Nike’s strategy globally. This led to a number of highly successful campaigns including ‘You Can’t Stop Sport’, which won numerous effectiveness and creative awards including an Emmy.

Recently she moved back to the UK to head International Strategy for Uncommon Creative Studios. She is a regular speaker at festivals such as Cannes, various industry events and strategy podcasts. She is a masterclass instructor for D&AD and has judged for the Effie’s, AME Awards, D&AD Youngblood awards and Next Creative Leaders.