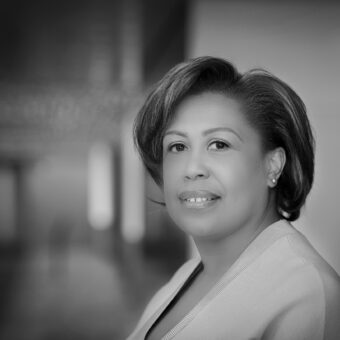 Global Head of Diversity and Inclusion

Pamela is the Global Head of Diversity and Inclusion at Bloomberg. In this role, she leads the company’s global diversity and inclusion initiatives around the world.

Since joining Bloomberg in March 2016 as Head of Diversity and Inclusion for Europe, Middle East and Africa (EMEA), she has served as a partner and thought leader on strategy and vision and helped the company broaden its recruitment efforts and make its office culture even more inclusive.

Pamela is cited as one of the most recognised thought leaders and vocal advocates for diversity across the private sector and has more than 20 years’ experience in managing diversity across engineering, financial services, technology and media. During her tenure, Pamela has provided coaching and guidance to senior leaders, whilst collaborating across HR and the business to deliver objectives, measures and solutions to promote and progress diversity and inclusion.

Pamela has worked at firms including Barclay’s, Bechtel Ltd, Deutsche Bank, Goldman Sachs and Northern Trust and has been instrumental in firmly establishing ethnic diversity as an imperative across the City whilst being a visible and vocal campaigner for equality.

Pamela was recognised in the 2017, 2018 and 2019 Powerlist of Britain’s most influential people of African and African Caribbean heritage, awarded Head of Diversity of the Year in the 2016 European Diversity Awards and was featured in the 2016 & 2017 Global Diversity List Top 50 Diversity Professionals.

Pamela is a Trustee at The Inspiring Leadership Trust.