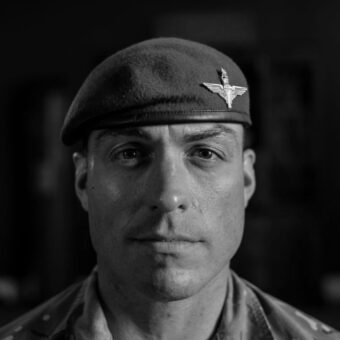 Major Andrew Fox currently commands C Company, Third Battalion The Parachute Regiment. He joined the Army in 2005 and has deployed on three operational tours to Afghanistan, one tour of Bosnia, and numerous tasks in the Middle East, and overseas exercises in Kenya, Latvia, Poland, the USA, Spain, and the Netherlands. In addition, he has run operations within the HQ of 16 (Air Assault) Brigade and has instructed officer cadets as both a Captain platoon commander and a Major teaching Leadership and Military Planning at the Royal Military Academy Sandhurst. He holds a Batchelor’s degree in Law & Politics, a Master’s in Military History & War Studies, and is currently studying for a PhD in History.