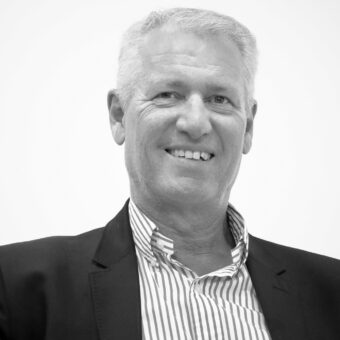 Andrew’s career started in the IT sector where he worked in large multi-national corporations, initially in sales but eventually running the UK Product Division for Siemens. This took him all over the world, but in 1999 he took a decision to move to a more entrepreneurial world and was appointed MD of an IT services business which he trebled in size in three years. A significant part of this growth was providing and managing the infrastructure for NHS Direct.

In 2005 he led the creation of a joint venture between the health division of the IT Services business and a GP Co-op and then became CEO. The company grew from a turnover of £3M in 2005 to £120M in 2012 and became the largest independent sector provider of Primary Care services to the NHS. It was sold to Care UK in 2012.

In 2015 he joined Medvivo and in 2017 he founded DoctorLink as a sister company to Medvivo. Medvivo has just been assessed as an ‘outstanding’ service provider by the CQC for the second time and Doctorlink is establishing itself as the leading digital health provider in the UK and is now taking this capability global. He is passionate about developing the Doctorlink healthcare platform to simplify and personalise the patient’s route to health and wellbeing.