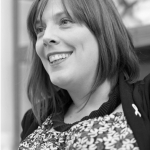 Jess Phillips is a Labour Party politician who became the MP for the constituency of Birmingham Yardley at the 2015 general election.

Jess has committed her life to improving the lives of others, especially the most vulnerable. Before becoming an MP, Jess worked for Women’s Aid in the West Midlands developing services for victims of domestic abuse, sexual violence, human trafficking and exploitation. She became a councillor in 2012, in this role she worked tirelessly to support residents, with her work being recognised when she became Birmingham’s first-ever Victims Champion.

Since becoming an MP, Jess has continued her fight to support those who need it the most and has earned a reputation for plain speaking since being elected, unfazed by threats and calling out sexist attitudes as she promotes women’s rights.

Jess has written two bestselling books ‘Everywoman One Woman’s Truth About Speaking The Truth’ and ‘Truth to Power: 7 Ways to Call Time on BS’. Both books reflect her commitment to speaking up and having the courage to have your voice heard and make a difference.