In 2019 we are increasingly aware of our collective responsibilities to society. We understand the damage we have done to our planet, we continue the fight for gender equality, eradicating sexual discrimination, saving the NHS, the importance of thinking about ‘we’ not ‘I’. Yet, we are becoming more and more at odds.  We have stopped listening to each other, hearing only what we choose to and rejecting opinions that differ from our own.

We do not trust either government or media; which, whilst it might not be new, is not something we can accept as the norm: a recent study by Ipsos MORI showed a crisis of trust and the rise of prejudice;

“There is a crisis of trust and rise of prejudice around the world. Deference is dead and everywhere the elites and mainstream media are challenged by an angry populace.”

The 24-hour social media cycle seems to perpetuate propaganda, favouring fiction over fact and high-quality news has to cut through the noise to be heard. Protest has become the norm, be it over Brexit, the existence of Trump or the danger of Climate Change, yet in moving from the ‘armchair’ protest of a ‘like” or a “retweet” we have taken to the streets to find very little changes. Yet change is vital.

In 2020 One Question returns to ask, can business make society better? 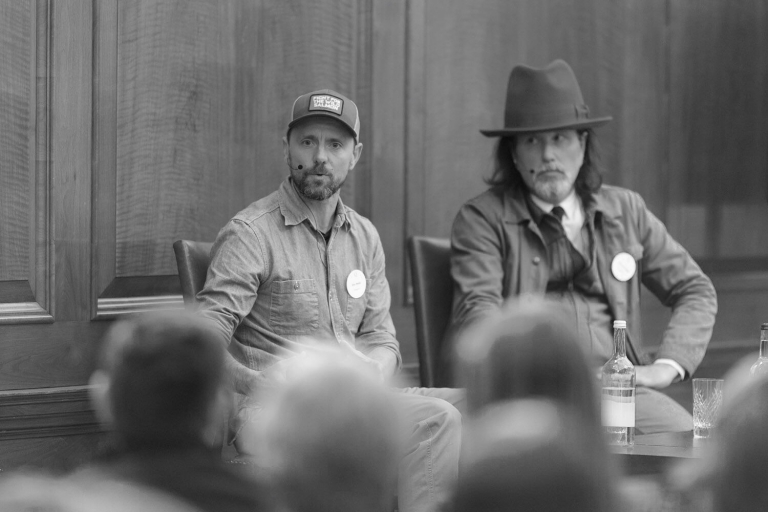 More and more, we are hearing the call for companies to stand for something more than their bottom line; that shareholder value is no longer enough of a measure for success. But, is it really the responsibility of business to make society better?  And is business equipped to do so?

“Business (noun) the purchase and sale of goods in an attempt to make a profit.”

If the very definition of business is the purchase and sale of goods for profit, is it a fair expectation that businesses should also now be responsible to create a healthier, more sustainable society? There are companies that, over the years, have looked after their employees in a way that brings them into a broader, more positive, socially cohesive context. Founded in 1824, Cadbury in Birmingham built Bournville – a clean, well-kept place to live for their employees. Today, Patagonia, define themselves as an ‘Activist Company’:

“We believe the environmental crisis has reached a critical tipping point. Without commitments to reduce greenhouse gas emissions, defend clean water and air, and divest from dirty technologies, humankind as a whole will destroy our planet’s ability to repair itself. At Patagonia, the protection and preservation of the environment isn’t what we do after hours. It’s the reason we’re in business and every day’s work.”

Patagonia’s activism is their sole reason for being in business and in doing so expect their employees to be advocates not only of their brand but as importantly their mission.

In recent weeks Twitter have taken the move to ban all political ads, whilst Facebook is refusing to ban them, under the guise of “Freedom of Speech”

Even Comedian and Actor Sascha Cohen Baron called on the biggest companies in the world to take responsibility for the influence they have and act for the good of humanity rather than share price.

“All this hate and violence is being facilitated by a handful of internet companies that amount to the greatest propaganda machine in history.”

A discrepancy between what society defines as “good” and “bad” business has radically shifted over the past 20 years. Part of this is down to Silicon Valley thinking, which has turned out to be a rather toxic mix of idealism, debt-fuelled growth at any cost and a proposition based on free products leading to customers unknowingly becoming assets to be sold.

Our intolerance for the status quo is on the rise. Power dynamics are changing. Companies – especially the new conglomerates – are becoming more and more powerful; but they are also becoming more and more scrutinized, from the inside out. They cannot erase their history (the Internet puts paid to that), but they can contribute to a better future for all, and in doing so will build more profitable, sustainable businesses, that in turn shape real societal change. 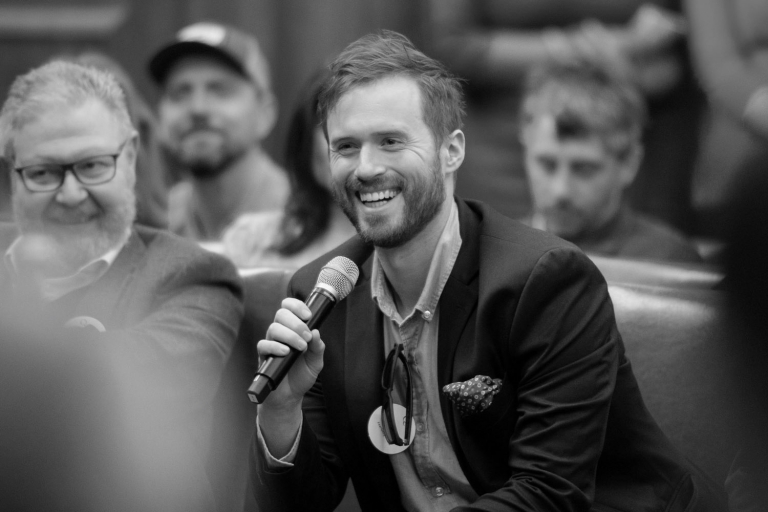 To kick off the programme, on the 30th January we will ask, has awareness diluted action? – a live audience debate featuring Wolfgang Blau, President of Condè Nast and Ben Page, CEO of Ipsos MORI among others. They will explore whether the growth in awareness has actually desensitized us to doing anything, or more importantly understanding what we can do?

One Question is open to members, to find out more about membership and our event series in 2020 email members@onequestion.live