Jeremy Waite of IBM, What does brand really mean? 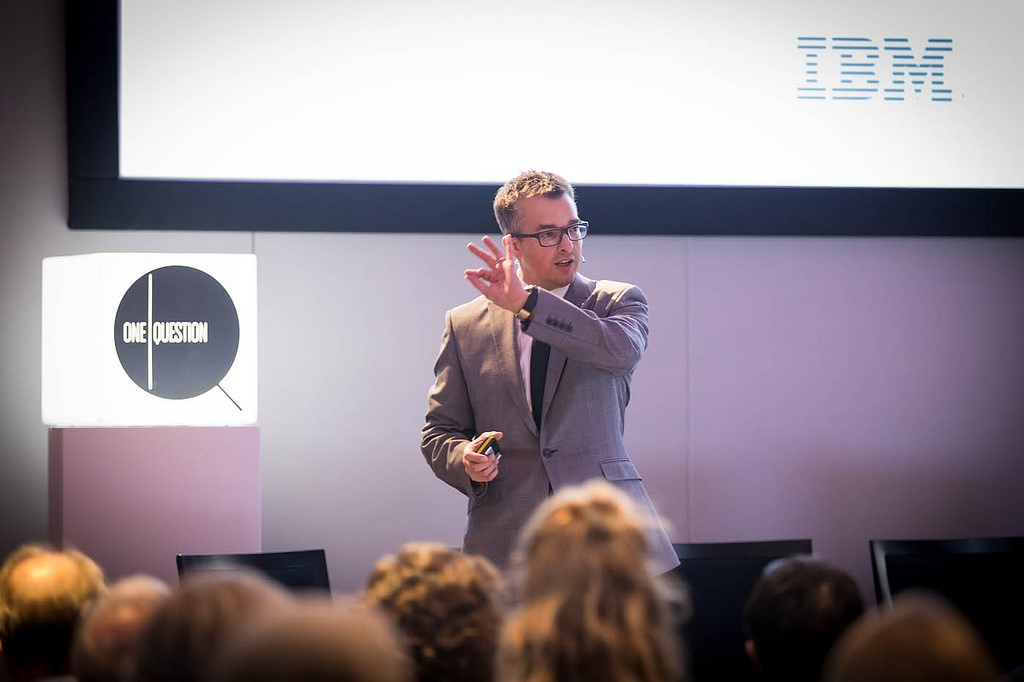 This week, Jeremy Waite, Global Lead of CMO Programs at IBM and One Question board member joins the February debate by answering, what does brand really mean?

Ever since Egyptians decided to brand their livestock as early as 2700BC, people have been creating marks (and marques) in order to identify their property, products and ideas. And ever since then a debate has grown increasingly louder around the value of those brands, and the place that they should take within our society. The fact that this argument has raged for almost 3,000 years proves that this is not just an important topic to debate, but it’s one that we still don’t have all the answers to.

It’s like politics. We like to think that certain people have all the answers, but really all we have are groups of people with their own opinions. And these people are trying to champion a certain point of view, to a specific audience, so that they can advance their own agendas. Whether it’s ad agencies, marketers, tech companies or philosophers, what a brand is (and isn’t) is open to all kinds of interpretation. I was reminded of this on a trip to Washington recently when I was told by one Whitehouse correspondent that “everyone is entitled to their own opinions, but no one is entitled to their own facts”.

So what do the facts say?

Well, according to people smarter than me who create the official definitions for these kinds of things, a brand is “a marketing related intangible asset including, but not limited to, names, terms, signs, symbols, logos and designs, or a combination of these, intended to identify goods, services or entities, or a combination of these, creating distinctive images and associations in the minds of stakeholders, thereby generating economic benefits/value”. (Taken from the internationally recognized standard on brand valuation ISO 10668).

But beyond that definition, all we really have are opinions and biased arguments. Why? Because the very definition of a brand is intangible. If it was as simple as marking an animal like the Egyptians did then it would be easy, but in spite of all brands being products of some kind, not all products are brands. Evian for an example is a great brand, conjuring up images perhaps of the marathons that it sponsors or of Wimbledon. What comes out of your tap on the other hand, despite being an almost identical product, is not. Overly simplistic? Perhaps. But marketers have long argued that your brand is not what you say it is, it’s what other people say it is. This is because a brand is essentially what goes on in people’s minds when they think of it, which is why companies don’t create brands, their customers do.

So on that level, brands, like politics and religion are destined to remain the subjects of heated debates, around the value that they offer and the thoughts that they create. Oprah Winfrey, arguably the world’s most valuable ‘personal brand’ put it eloquently when she said that, “your brand is what other people say about you when you’ve left the room”. So if the essence of a brand is not what you say it is, but what they say it is, where does that leave us?

Well, we should probably start with the brand consultancies and valuation agencies who have been doing this the longest. They have long client lists, impressive showreels and teams of academics who help them to create and build brands. But alas we pay too much attention to them for the facts because none of them can agree with each other. Take the company I work at for example. According to Interbrand, IBM is the world’s 10th largest brand valued at $46.8Bn. Millward Brown on the other hand (which has access to more consumer data) thinks that IBM should come 9th with a valuation $102Bn. And Brand Finance, focusing on more economic metrics, has IBM down in 20th place with $36Bn.

How is it possible that the three largest (and smartest) brand valuation agencies in the world, can’t even agree on the value of one of the world’s oldest brands to within $66Bn?

Because it’s all opinion.

So where does this leave us? What is brand? And why should anyone care?

For me, Don Draper summed it up best in his iconic Kodak pitch during an episode of Mad Men, when he explained that a brand only works when a consumer has a “sentimental bond” with the product. Saatchi’s Kevin Roberts used similar language in his superb book Lovemarks and went on to say that as a result of that sentimental bond, the best brands create “loyalty beyond reason”.

This is why I don’t care what other people think about the brands that I like, all that really matters to me is how they make me feel.

To find out more about One Question Debates featuring, Sony Music, PepsiCo and more and to book your exclusive advanced ticket, visit our website.